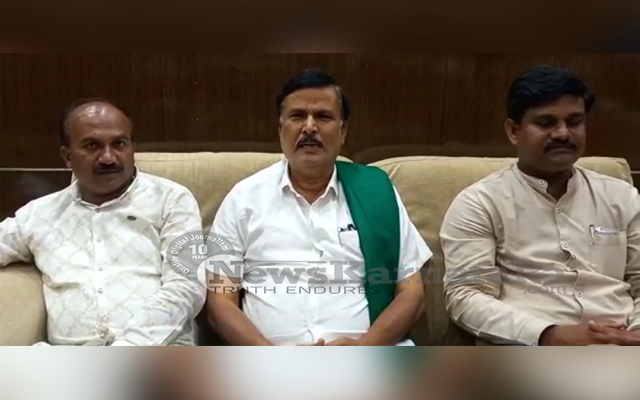 Vijayapura: Stating that the three farm laws of the Centre as death-knell for farmers, Kurubur Shantakumar, State President of Sugarcane Growers Association has announced that his organisation will extend complete support for Bharat Bandh being called by Samyukta Kisan Morcha on September 27.

Speaking to media persons here on Saturday September 18, he said that the farmers are holding protests in the country, mainly in Delhi for nearly a year, yet the adamant BJP government is giving no care to the farmers.

The farmers have held around 12 meetings with the BJP government, but the government does not seem to be interested in addressing the grievances of the farmers.

“It is no longer a people’s government but a government meant only for some corporate companies. Which is why, the Modi government is showing no concern for the farmers”, he alleged.

After holding prolonged protests in Delhi and parts of the country, the Samyukta Kisan Morcha has now called for Bharat Bandh on September 27 in order to wake up the BJP government towards the demand of the farmers.

Shantakumar said that besides farmers’ unions, various other progressive associations have extended their full cooperation with the Bandh.

Apart from demanding the government to withdraw three farm laws, the agitators will also hold protests against the rising prices of fuel and domestic cylinders in the country.

“When the people are already suffering due to Covid pandemic and prolonged lockdown which has taken away their earnings, the rising prices of essential commodities is acting like rubbing salt on the wounds of the people,” Shantakumar remarked.

Alleging that the government has increased only Rs. 5 Fair and Remunerative Price (FRP) for sugarcane, which he said is too meagre.

Calling it a completely unscientific way of increasing the price, he demanded the government revise the rate.