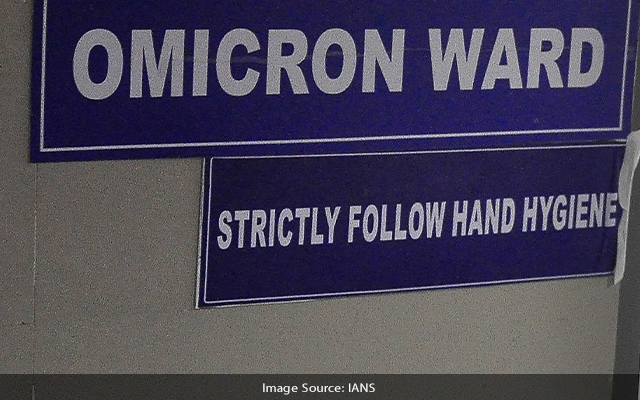 Bengaluru: In a great relief to the Karnataka Health Department, which is in a battle mode in taking preventive measures to ensure the new SARS-CoV2 variant Omicron doesn’t spread across the State, as many as 15 students affected with the Omicron variant have fully recovered and discharged from the designated hospitals. The data is confirmed by the Union Health ministry.

The rest of the patients are also in good stead and none are showing any severe symptoms. However, the Karnataka State Government has already initiated measures to tackle the possible Omicron variant implications in the State. The department has made arrangements for 7,051 ICU beds in the state and 30,000 beds with an oxygen facility. Earlier, the number of ICU beds was 3,860.

However, the doctor recovered from the infection and in fact, he came on live on social media to explain that he is hale and hearty at the designated hospital. Later, as many as seven Omicron variant positive cases were found last Saturday taking the tally to 38 in the State.

According to data available, eight states – Delhi, Maharashtra, Kerala, Gujarat, Rajasthan, Telangana, Tamil Nadu and Karnataka – have reported 93 per cent of all 538 cases of Omicron reported in India. Maharashtra has seen the most number of discharges at 42. As many as 30 Omicron tested positive patients have recovered and were discharged in Rajasthan, followed by Delhi (23) and Karnataka (15).

The Karnataka government, though relieved that Omicron affected persons are not showing severe symptoms, is taking no chances and imposed a ban on nightlife during the New Year celebrations in the State.