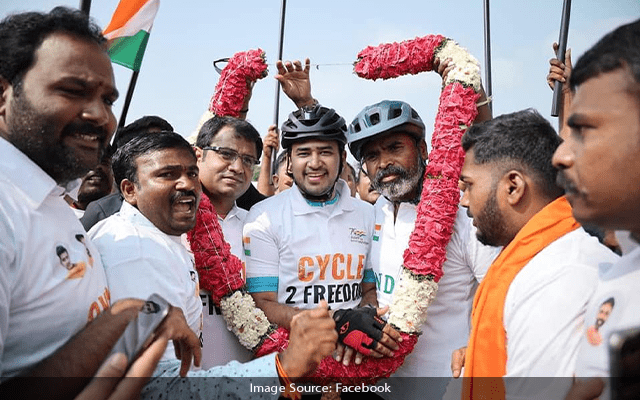 According to a press release from the MP, as many as 450 riders, including Surya, cycled the distance in under 5 hours. The bicycle community in the city was very active in the programme. Kolar MP S. Muniswamy also joined the ride from Narsapura, which is on the border between the two cities.

Around 300 people participated in the 7.5-kilometre fun ride, which was also part of the ‘Cycle 2 Freedom’ event. In all, over 750 riders took part in the event. 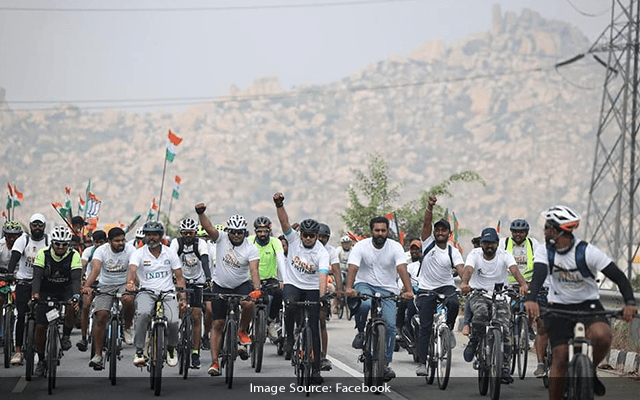 “Under PM Modi’s leadership, India’s sporting culture and fitness lifestyle have undergone a drastic change. The government has encouraged community participation in making its sporting ecosystem flourish, whether through World Yoga Day, the Fit India Movement, or the Olympics campaign. The Cycle 2 Freedom ride is an event which brings the community together and encourages citizens to stay fit, healthy and active,” he added.

Surya and Muniswamy flagged off the ride in the presence of other distinguished guests such as Dr. K. Y. Venkatesh, a Padmashri awardee for his work in promoting Para Sports, Anand, a para-athlete who has won medals for India, and others.

Kolar MP Muniswamy urged more young people to participate in large numbers and promote the path of fitness and healthy well-being. “The event is expected to have a good impact on our society and to serve as a source of motivation for citizens. Cycling has several health benefits, and raising awareness of these benefits is important,” he added.