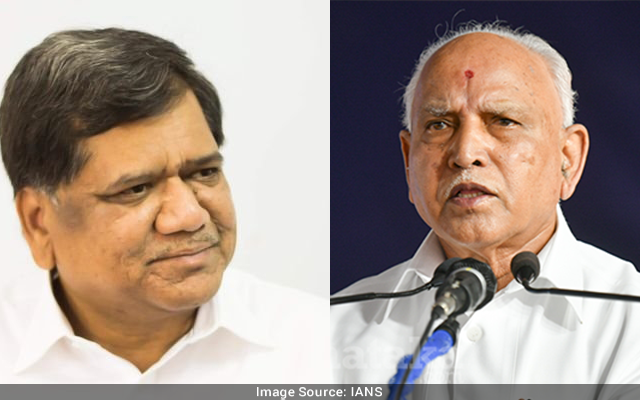 Bengaluru: Again and again, it is being proves that all is not well in the BJP State unit. Two days after Union Home Minister Amit Shah announced that BJP will fight 2023 State Assembly election under the leadership of Chief Minister Basavaraj Bommai, two senior Lingayat leaders of the party, B. S. Yediyurappa and Jagadish Shettar decided to oppose the decision. Both are the former CMs of the State.

It can be recalled here that Rural Development and Panchayat Raj Minister K. S. Eshwarappa already made it clear that in 2023, party will go for election under mass leadership and Basavaraj Bommai will not be the solo face of the party.

On Saturday evening Yediyurappa and Jagadish Shettar held 30 minutes one-to-one meeting. No persons including the family members were allowed to enter the meeting chamber.  Sources pointed out that both the leaders have taken severe objection to the party’s decision to project Basavaraj Bommai as the party CM face in 2023 election. They have decided to raise the question with the party high command in this regard, it is stated.

According to the sources, both the leaders have decided to work together to ensure that their voice will be heard in the party affairs in the coming election. BSY assured Shettar that he will extend all support to him, while Shettar assured that he will also support the BSY family on the party floors.