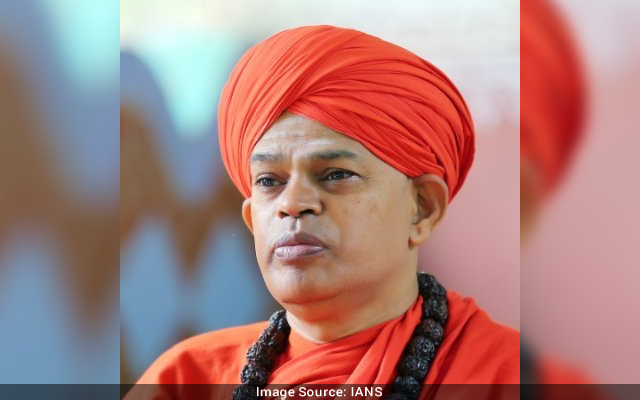 Chitradurga: Powerful Lingayat seer Dr. Shivamurthy Murugha Sharana Swamiji of the Murugha Mutt here has stated that with the appointment of Basavaraj Bommai as the Chief Minister, the BJP high command has put an end to instability in the state politics.

The seer also complimented the high command by saying it was a shrewd move to anoint Bommai as the chief minister.

“There will be phases where political developments would take away the peace of mind from the people including the politicians. Political instability if the reason behind it, this will disrupt the political scenario.

“Political stability must be found and that has been achieved in Karnataka by BJP high command,” the seer said on Wednesday.

He further stated that the installation of Bommai as the Chief Minister has put a full stop to the instability. “We, all seers congregated in the premises of Bengaluru Palace Grounds to demand an end to political instability. We wish that Chief Minister Bommai would take the path of Yediyurappa,” he said.

“Prime Minister Narendra Modi has praised the contributions of Yediyurappa. Present Chief Minister Bommai will also deliver. We will pressurise him to implement the Upper Bhadra project, (a major lift irrigation scheme, which would benefit central districts of Karnataka),” he added.