Trending :
Over 200 Chinese companies may be kicked off US exchanges
Extortion case: Mumbai Police file charge-sheet against Param Bir, others
Displacements in northern Ethiopia up relief needs: UN
Guided tour of Jeanneret’s museum in Chandigarh
Siddu has no right to talk about dynastic politics: HDK
News Karnataka /  Karnataka /  Bengaluru /  Curtains come down on spirited canvassing for K’taka bypolls 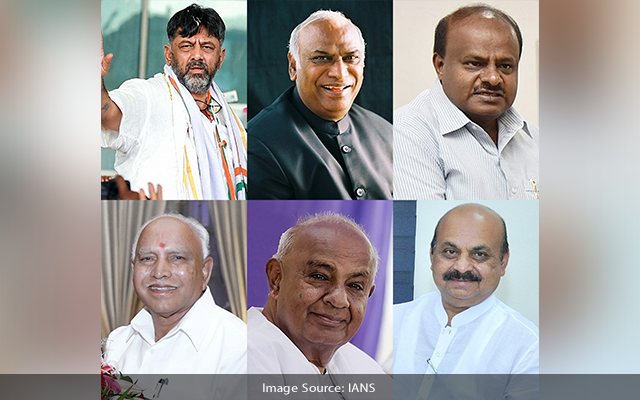 Bengaluru: Major political parties in Karnataka are looking forward to the voting day on October 30 as campaigning for by-elections to Sindagi and Hanagal Assembly constituencies has ended.

The campaigning ended on Wednesday October 27 and the results are scheduled to be announced on November 2.

For Chief Minister Bommai, the results are crucial to prove that he can win elections for the party.

Shivakumar and Siddaramaiah had made scathing attacks on the ruling BJP and RSS to prove their mettle.

Kumaraswamy wants to retain Sindhagi constituency as it was earlier won by JD (S) candidate M. C. Managuli. However, the Congress managed to field the latter’s son Ashok Managuli as its candidate from Sindagi.

Kumaraswamy too joined the bandwagon to attack RSS, when Siddaramaiah flayed him for fielding Muslim candidates in both constituencies to help the BJP win elections.

The elections were announced for these two constituencies following the death of former ministers C. M. Udasi from the BJP and Managuli from JD (S).

Unprecedented personal attacks were witnessed between the leaders of all major political parties during the electioneering.

The attacks between Kumaraswamy, Siddaramaiah and BJP State President Nalin Kumar Kateel had taken an unpleasant turn with the leaders taking personal jibes at each other.

Following this, the BJP posed a questionnaire ridiculing him with a personal jibe. The party said that he should be careful with bigamy and breach of trust as they are considered as offences by law. In reaction, Kumaraswamy said that everyone makes mistakes and he has rectified his. He also warned he could reveal dirty secrets about all BJP leaders.

Shivakumar apologised for the comments on Modi and got them deleted from his social media posts. Yediyurappa asked the BJP top leaders not to issue trivial statements on Rahul Gandhi and stated that he has a great respect for Congress leaders.