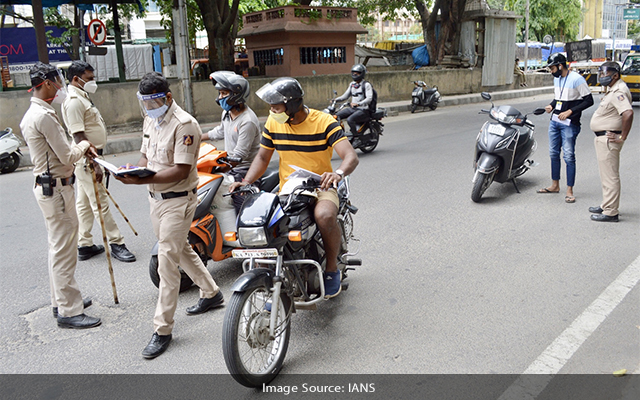 Bengaluru: A complaint has been lodged against a lady inspector and three other police officers with Anti Corruption Bureau (ACB) in connection with extorting money from a couple who are into interior decoration business. The investigation report is likely to be submitted by the ACB to the Commissioner of Police Kamal Pant on Monday July 26.

Renuka, police inspector, Naveen, Ganesh, sub-inspectors, constable Hemanth — all attached to CEN police station in the Whitefield division are accused in the case. They are charged with allegedly demanding Rs. 10 lakh from the complainant and his wife after threatening them that they would be jailed in case of non-payment of money, an ACB officer said on Saturday.

The complainant V.V. Sudeep, a local resident and his wife Shwetha Singh were called to the police station by sub-inspector Ganesh on July 16 on charges of cheating their client of Rs. 5 lakh without finishing the assigned work.

After borrowing Rs. 10 lakh, the complainant Sudeep was made to return Rs. 5 lakh to the client and sub-inspector Naveen took the same amount. The couple was warned that they will have to pay the rest of the money sooner.

Next day, Sudeep approached the accused persons in the police station and told them that it was not possible to arrange for the rest of the money. Sudeep was warned of dire consequences and sub-inspector Naveen started making calls to him demanding money. On July 20, Sudeep lodged a complaint with the ACB.

In the complaint Sudeep explained that sub-inspector Ganesh came to his residence and slapped him when he was asked to show a copy of FIR against him. He also took away mobile phones from him and wife Shwetha Singh.

ACB ADGP Seemanth Kumar Singh said that the complainant has provided evidence along with the complaint. The accused will be summoned for investigation, he added.