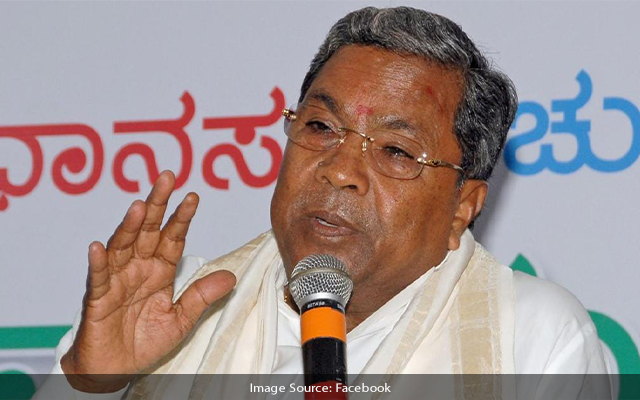 Bengaluru: Taking strong objection to Union Home Minister Amit Shah’s statement made on Thursday April 7 at the 37th meeting of the Parliamentary Official Language Committee that Hindi should be accepted as an alternative to English and not to local languages, Opposition Leader and Former Chief Minister Siddaramaiah on Friday April 8 tweeted that Hindi is not our national language, and will never let it happen.

“As a Kannadiga, I take strong offence to @HMOIndia @AmitShah’s comment on Official language & medium of communication. Hindi is not our National Language & we will never let it to be. “#IndiaAgainstHindiImposition,” Siddaramaiah tweeted.

Amit Shah has stated that people from different states should speak in Hindi, not English and he also stated that Hindi should be accepted as an alternative to English.

“Amit Shah’s diktat of asking states to use Hindi as a language of communication instead of English is objectionable,” Siddaramaiah, a Congress veteran, said.

“As a Kannadiga with self-respect, I condemn Shah’s statement,” he said.

“We are not against Hindi, English, Tamil, Malayalam, Gujarati languages. However, the priority in Karnataka should be given to the Kannada language. If any attempt is made to impose Hindi, it is not possible to remain quiet,” he said.

Siddaramaiah said it is unfortunate to see Shah promoting Hindi language, and “carry out the slavery of Hindi” by neglecting his mother tongue Gujarati, as he hails from Gujarat.

“Mahatma Gandhi who hailed from Gujarat was a proponent of diversity, different languages, ethos. But, it is a tragedy that Amit Shah sees a role model not in Mahatma Gandhi but in Veer Savarkar, a pseudo-nationalist and proponent of ‘one culture’ and ‘one language’,” the Congress leader said.