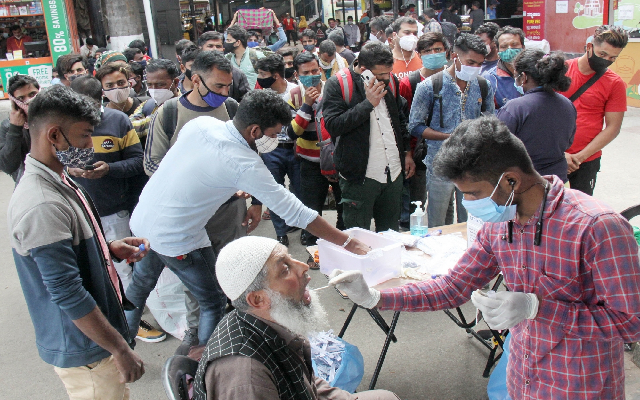 Bengaluru: Amid Covid third wave, Karnataka is gearing up to celebrate Sankranti festival, which is celebrated in rural as well as urban areas with equal fervour as it is harvest festival for farmers of the state. It marks the first day of Sun’s transit from Makar Rashi (Capricorn).

This year the festival falls on Saturday January 15. As the state government has imposed curfew orders on the weekends, the people are most likely to welcome the new-year on a low key.

Due to restrictions during the weekend, people have started shopping for the festival during weekdays. Loads of sugarcane have arrived in Bengaluru and other urban centres as people distribute it to friends and neighbours along with white sesame seeds, neem leaf, jaggery and fried grams.

According to traditions, this custom symbolises welcoming joy and grief equally in the coming days. The sale of ground nuts, flat beans, and sweet potatoes are also on rise as people shop them to make special dishes.

The shopping spree has already begun in the capital Bengaluru. The localities of KR Market, Malleshwaram, Gandhi Bazar, Yelahanka, Yeshwanthpur, Basavanagudi, Jayanagar, Dasarahalli, Madivala and other areas are abuzz with festival shopping.

On the auspicious day of Sankranti, girls wear new clothes to visit near and dear ones with a Sankranthi offering on a plate and exchange the same with other families. The ritual is called ‘ellu birodu’.

Kite flying, drawing rangolis, decorating cows, bulls and bullock carts are also intrinsic parts of the festival. In rural areas, bulls are made to cross fire.