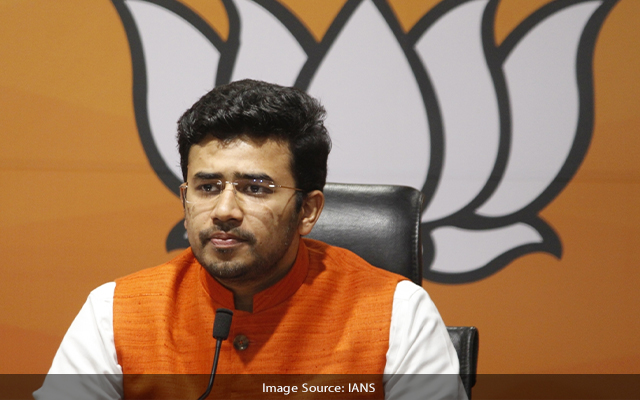 Surya, who represents the Bengaluru South constituency, said this while interacting with the reporters after paying visit to Anjanadri temple as part of the Bharat Darshan Yatra organised by BJP.

He said there should be no doubt about Anjanadri hill near Anegondi in Vijayanagar district in Karnataka being the birthplace of Lord Hanuman.

“It doesn’t matter if claims are made otherwise about it by others. There is no doubt that our Kishkinda is the birthplace of Hanuman,” he said, responding to claims made by the Tirumala Tirupathy Devasthanams (TTD) on birthplace of Lord Hanuman as Anjanadri hill in Tirumala in Andhra Pradesh.

During the yatra, thousands of places have been found to have connection with the timeline of Hindu holy scripture Ramayana. “The whole India is believing in traditions and these can’t be neglected,” he said.

The description of the birthplace by Valmiki (the author of Ramayana) is much closer to the region that lies in Karnataka and it serves as the evidence, he said.

The Karnataka government has allotted Rs 100 crore for overall development of Anjanadri hill.