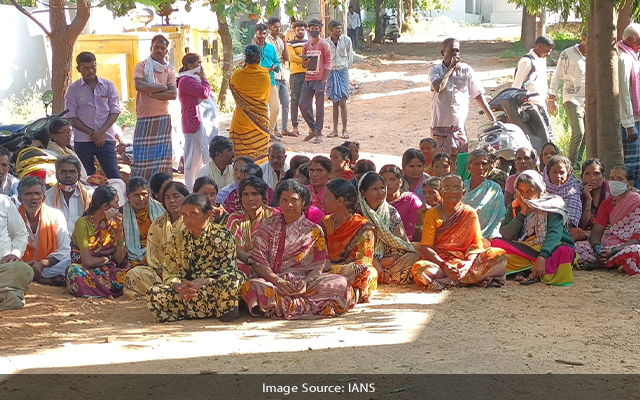 Bengaluru: Forty-eight hours have passed since a college-going girl ended her life for being unable to cope up with the continuous eve-teasing she faced at the hands of some boys from her neighbouring village, but the Karnataka police are yet to make any arrest in the case.

The police inaction has raised many questions with the victim’s family members and villagers staging protests demanding immediate arrest of the culprits.

The incident took place at Kodihalli village in Hosadurga town in Chitradurga District on Monday December 20.

The father of the 19-year-old victim, who was studying at a pre-university college, said that when they last saw her, she was crying. But since they had to take a relative to the hospital, her mother told her that she would talk to after returning from the hospital. But by the time they returned, she had taken the extreme step by hanging herself inside the house.

“The miscreants had teased her, pulled her veil and threw stones at her when she went to school a year ago. When we questioned the parents of the boys who indulged in eve-teasing, they apologised, held our feet and so I forgave them. My daughter then joined the pre-university college in Hosadurga. After she came back to the village recently, the eve-teasers burst crackers and yelled at her,” he said.

“My daughter is no more, but they should not repeat the act with any other girl. We will not rest until they are punished,” the distraught father said.

When contacted, Chitradurga police said that special teams have been formed to nab the culprits.

“They can’t go anywhere, we will arrest them,” the police said.