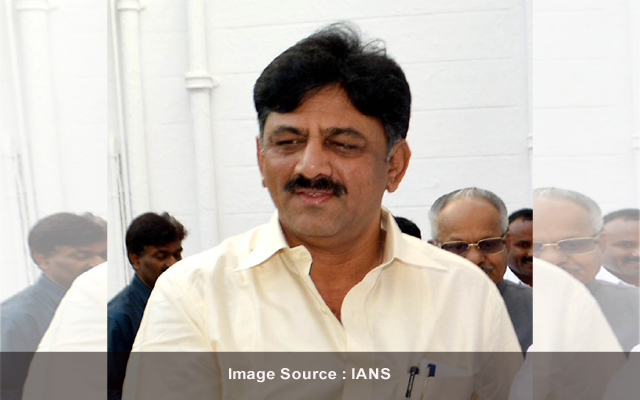 Kodagu: Karnataka Congress President D. K. Shivakumar on Friday December 24 urged the people of the state to make the 10-day protest demanding implementation of the Mekedatu project a success.

After offering special prayers at Talacauvery, the birth place of River Cauvery, for the success of padayatra from Mekedatu to Bengaluru, he stated that he invites everyone cutting across the party lines to participate in the padayatra which begins from Mekedatu on January 9.

“Mekedatu project is being implemented in our land with our money. We have the right to utilise our share of water. The project helps people of both Tamil Nadu and Karnataka states. BJP, JD (S) leaders, religious seers have also extended their support to padayatra,” he explained.

This is the first step towards the struggle of claiming the state’s rights over water in Mekedatu.

Asked whether he will discuss the issue with Tamil Nadu leaders, he stated: “The project benefits them (Tamil Nadu) more. They are making it a political issue. But, all politicians come to forefront when it comes to oppose the Mekedatu project.”

The controlling and monitoring of all reservoirs of Cauvery river bank come under the central government. They decide on the share of water for states. “We have committed to obey the orders of the tribunal. I appeal Tamil Nadu leaders to cooperate for implementation of the project,” he said.

The Centre has agreed for the detailed project report with a budget of Rs 9,900 crore. The Supreme Court has also stated that there should not be any road blocks to drinking water project. The project helps to provide continuous drinking water facility to 1.5 crore people of Bengaluru and surrounding areas. About 66 TMC of water would be released to Tamil Nadu, he said. The project aims at utilising more than 104 TMC water which is flowing into the sea.