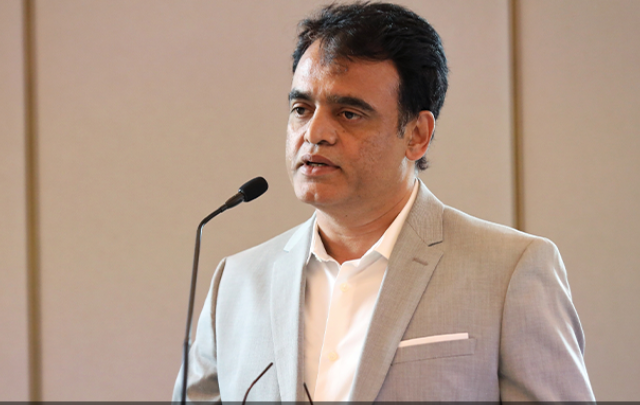 Bengaluru: Following a series of controversial incidents, fears are being expressed that the reputation of I-T hub Bengaluru City is getting hit at the global level. Karnataka, considered as the most favourable destination for investors, is seeing communal unrest.

Although Karnataka and especially its capital Bengaluru have witnessed violence, communal clashes and terrorist strikes in the past, never in its history has the State faced a similar situation. The growing demand for banning Muslim merchants from the temple premises, religious fairs, ‘halal’ meat, Muslim mango traders, artisans, transporters and drivers and banning the hijab by Hindutva forces has suddenly put the peaceful state under the spotlight for the wrong reasons.

The chain of events was triggered after Muslim organizations staged a protest opposing the verdict of the Karnataka High Court upholding the ban on the Hijab in classrooms. The court had dismissed the petitions seeking permission to wear the Hijab in the classrooms. The court had also observed that wearing of the hijab is not an essential practice.

Talking to IANS, Minister for IT-BT, Science & Technology, Skill Development, Entrepreneurship and Livelihood C. N. Ashwath Narayan stated that the IT and BT industry has not been affected by the developments in the State. “No company is going out of Bengaluru and there is no question that the supremacy of Bengaluru at the global level is harmed due to the recent communal polarisation.”

The loss of reputation of Bengaluru City at the global level is a matter of imagination, he underlined.

Biocon Chief Kiran Majumdar-Shaw brought out the concerns of the IT-BT industry over the communal polarisation in the State. “If IT-BT sector becomes communal, it would destroy our global leadership,” she had warned.

Analysts and litterateurs fear that the issue has created a deep communal divide in the society and have written a letter to Bommai in this regard. Muslim leaders have met the powerful and influential Pejawar Mutt seer seeking his intervention.

State Congress President D. K. Shivakumar has stated in the backdrop of communal developments that no one is bothered about assuring investors who are hesitant to invest in Karnataka by ensuring peace.

“In our State, peace is disturbed. The Andhra Pradesh government is pursuing the industrialists who are hesitant to invest in Karnataka to their state. At this juncture, including Chief Minister Basavaraj Bommai, none from the ruling BJP government are bothered about clarifying to the industrialists that they will ensure peace. CM Bommai is not opening his mouth on assuring people that he wouldn’t let industrialists go to other states and create job opportunities here,” he said.

Shivakumar stated that let the government conduct a survey on how many industries have gone to other states because of the developments encouraged by the ruling party in the State.

Opposition leader Siddaramaiah maintained that Chief Minister Basavaraj Bommai is not only quiet but supporting all the developments taking place with a divisive agenda which will drive away global investors from the State.

The BJP government stated in the assembly that they can’t stop temple authorities from banning non-Hindu merchants from carrying out business inside the temple premises and religious fairs. Bommai said that investors are going nowhere and Karnataka is still on the top as far as Foreign Direct Investment (FDI) is concerned. “In the last three quarters highest FDI has come to Karnataka state. We have got 2.224 billion dollars in startups and theirs is 0.5. There is no comparison of the state with any other state of the country,” Bommai maintained.

Bengaluru is known as the centre of India’s high-tech industry. Karnataka continues its domination of being the number one state in the country in terms of software exports. The software export figures touched Rs. 2 lakh crores for the first time in history.

Anupriya Patel, Union Minister of State of Commerce and Industry, informed the Rajya Sabha that Karnataka’s software exports for the year 2020-21 touched Rs. 2,04,648.96 Crore. Maharashtra, which comes second registered software exports at Rs. 99,732.48 Crore. Though much is hyped about the competition of Bengaluru with Hyderabad, the exports from Telangana State stood at Rs. 71,574.19 Crore.

Doddabasavaraju, Managing Director, Karnataka Udyog Mitra, Bengaluru, told IANS that the statements issued on investments going out of the state are wrong. The State is getting investments in all sectors and preparations are in full swing for the Global Investors Meet. After the unveiling of the logo, road shows are being planned. Industries are coming to Karnataka despite Tamil Nadu and Andhra Pradesh offering free land, he said.

“Every industrialist will make mandatory visits to three to four states in the country and ultimately they are coming back to Karnataka. Since huge investments are coming, the state government is purchasing 22,000 acres of land in and around Bengaluru,” he said.