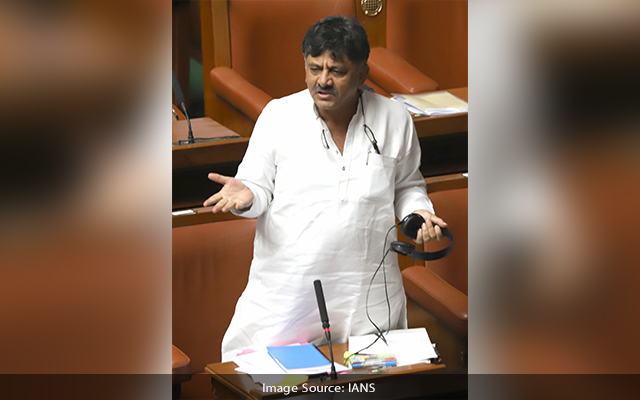 Bengaluru: Throwing down the gauntlet to the ruling BJP, Congress’s Karnataka unit President, D. K. Shivakumar on Sunday dared it to dissolve the existing Assembly and go to seek a fresh mandate.

After accepting the state-level Covid-19 supervisory committee report by party’s Rajya member, L. Hanumantaiah, here, Shivakumar said that people across the state are facing hardship due to pandemic and now struggling to save their lives in the floods, but the ruling party is grossly neglecting the people and struggling to protect its chair.

“Therefore, I dare the BJP to dissolve the Assembly and seek fresh mandate… let’s see who will form a new government,” he said.

Shivakumar wondered that despite the BJP having won 10 seats in Belagavi district, why the ruling party couldn’t even keep up their own assurance of releasing funds or repairing damaged houses that had partially collapsed during similar floods in 2020. “I am not even talking about present day scenario. The ruling BJP has become more power hungry than before,” he alleged.

In a scathing attack on Prime Minister Narendra Modi, Shivakumar said that he could visit West Bengal during last year’s floods, but Karnataka had been reeling under severe floods since 2019 but he has not made a single visit to the state. “Why is the Union government headed by Modi so biased towards Karnataka?” he questioned.

He alleged that the state government had completely failed on all fronts, therefore, the Congress is daring it to dissolve the Assembly.