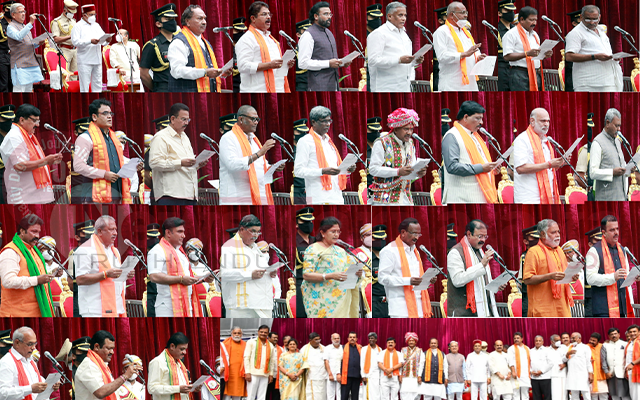 Bengaluru: Though Karnataka Chief Minister Basavaraj Bommai assured equal representation to all regions, as many as 13 districts have no representation in his cabinet expanded on Wednesday, August 4.

M.P. Renukacharya, a former Minister from Davanagere and close aid of former CM BS Yediyurappa said his district has been neglected.

Sources said that the decision had been taken to accommodate loyal party leaders like B.C. Nagesh from Tiptur Constituency of Tumkur District and V. Sunil Kumar from Karkala Constituency of Udupi District.