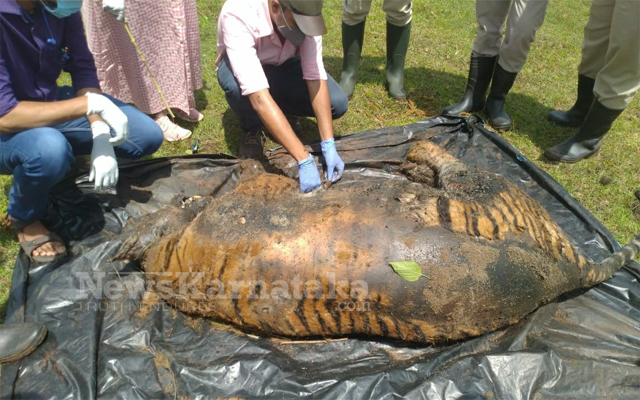 Bengaluru: In a shocking incident, a tiger died after being stuck in a snare inside the Bandipur Tiger Reserve. The incident was reported from Gundre range in the tiger reserve.

According to the authorities, the carcass of this five-year-old was found in Gundre range, Bandipur Tiger Reserve in the late evening of Tuesday September 14. The forest watchers spotted the carcass while on the regular beat.

The tiger had been snared in a bush along the forest D-line, near Hosahalli hamlet, informed the authorities.

According to the experts, this incident has sent a shock wave as the tiger was killed using a snare. “There is an urgent need to carry out strict action and increase the regular beat to save the big cats,” urged activists.