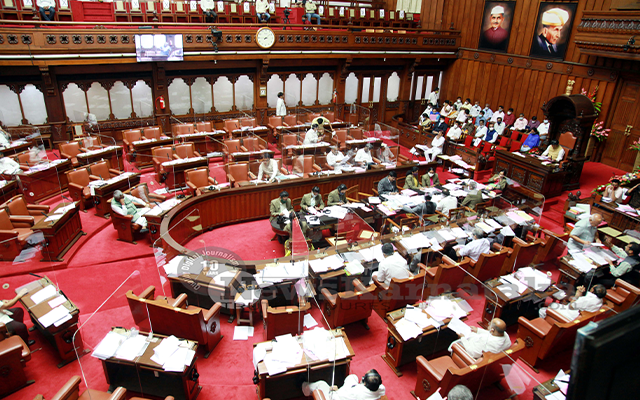 Bengaluru: The stage is all set for the 10-day Karnataka Legislative Assembly Winter session scheduled from Monday December 13. Political circles are predicting high voltage discussion and dramatic scenes in the Assembly as the ruling BJP is ready to table a new Bill on preventing religious conversions, which is going to be opposed by the Congress party.

Congress leader Siddaramaiah and party’s State Chief D. K. Shivakumar are eagerly looking forward to the session on Monday to raise the Bitcoin scandal, in which ruling party top leaders are accused of minting hundreds of crores of rupees.

The opposition is also planning to bring up a 40 per cent commission allegation made by the contractors against the ruling BJP government. The contractors have also written a letter to Prime Minister Narendra Modi, accusing the State Government and bureaucrats of forcing them to give 40 per cent cuts in all projects causing severe embarrassment to the ruling establishment.

Chief Minister Basavaraj Bommai has ordered a high-level inquiry into the allegations made by the contractors. The session is being held amid the fears of Omicron variant as per the wishes of CM Bommai, as he hails from north Karnataka region. Earlier, the winter session was held in Bengaluru following the outbreak of Covid pandemic.

Ruling BJP is confident of tabling the anti-conversion law bill in the Assembly and making its agenda of Hindutva clear to gain the momentum for next Assembly elections in 2023. The Opposition leader Siddaramaiah, however, seems to have suffered a setback in the backdrop of infighting within the Congress party.