Bengaluru: Coronavirus pandemic cast a shadow over the Ganesha Chaturthi festival across Karnataka, with devotees paying obeisance to the elephant god at their respective homes, as state’s guidelines prevented large gatherings at public places, an official said on Saturday.

“The Ganesha festival was subdued and low-key this year due to the pandemic, forcing the state to confine celebrations to people’s homes and temples,” the Endowment Department official told IANS here.

Though the state government had allowed for public display of Ganesha idols for only 3 days instead of the customary 10 days and limited their height to 4 feet, the response from devotees was poor in many areas across this tech city since only 20 persons were allowed to be around the deity in public places at any given time.

“The festival was, however, celebrated with piety and fervour in a traditional way by the people in their homes and in Ganesha temples across the southern state,” asserted the official.

As one of the popular Hindu festivals, Ganesha Chaturthi is celebrated every year on the fourth day of new moon to mark the arrival of the elephant god to earth from Kailash Parvat (heavenly abode) with his mother, goddess Parvati or Gauri.

As the lockdown restrictions in containment zones were extended till August 31, public display of the idols was not allowed to prevent further spread of the virus.

“Due to ban on large public gatherings, cultural and religious programmes were also banned to avoid crowds around the idol placed in the centres of pandals in open areas,” the official said.

To ensure that people celebrate the festival at home, the state government allowed public display of only one idol in each of the 198 civic wards across the city, than on every other road or lane as in the past.

Heavy rain and flood-like situation in coastal and northern districts of the state further dampened the spirits. Sale of Ganesha idols was also severely hit due to a ban on public displays.

“As it is difficult to ensure all people wear masks and maintain social distancing in public places on such occasions, the state government had to limit public gatherings to around 20 at a time,” added the official. 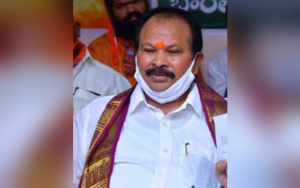 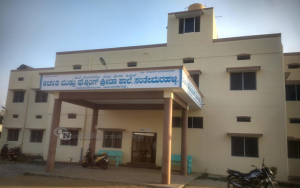