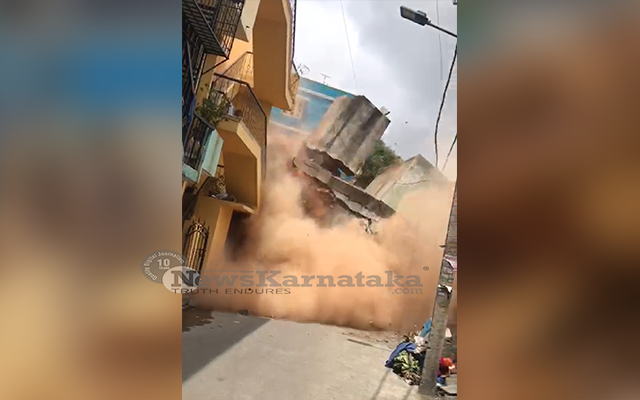 Bengaluru: A three-storeyed building collapsed in Lakkasandra near the busy Wilson Garden area in Bengaluru, Karnataka, on Monday September 27. Luckily, most of the 50 people who lived in the building had gone out to work, the police said, and there were no casualties.

The fire brigade and emergency services personnel have reached the spot for search and rescue operation. The labourers living there came from Bihar and Uttar Pradesh, and worked in the Metro project. Most of them had gone to work when the building collapsed. The few who were in the building managed to rush out when the building started shaking, eyewitnesses said. Uday B Garudachar, the local BJP MLA, said that the building was unauthorised and built in violation of the rules. The police have informed that no one was injured or killed in the incident. “I am going to the spot. All workers had gone out to work, if it would have happened in the night, what would have been the situation,” he asked. 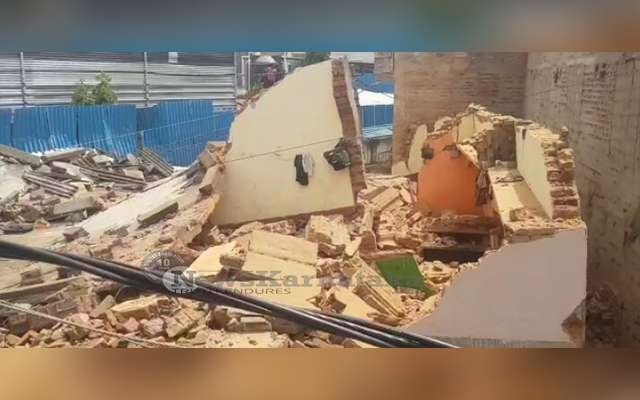 Locals said that the building was leaning slightly for two years but no official from the civic body bothered about it. They overlooked our complaints about the condition of the building. 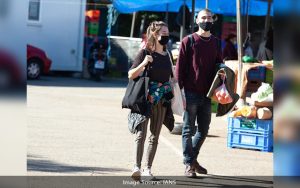