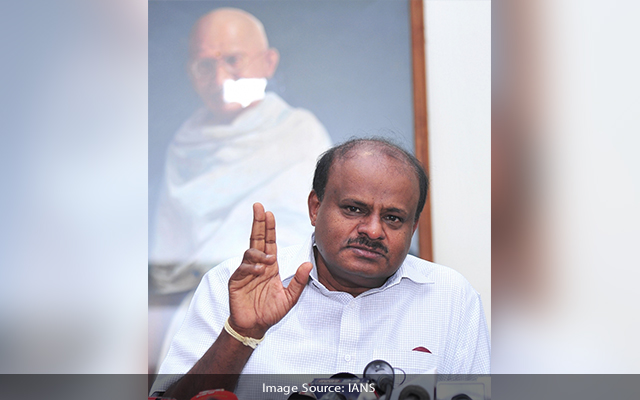 Bengaluru: Slamming the right-wing activists for their stance on Muslim merchants and halal meat, Janata Dal-Secular (JD-S) leader and former Karnataka Chief Minister H. D. Kumaraswamy on Friday April 1 said attempts to disturb peace in the garb of welfare of religion would not be tolerated.

“The State of Karnataka belongs to all people. It is not the property of Vishwa Hindu Parishad (VHP) and Bajrang Dal. These organisations do not represent Hindus, they are stooges of a political party. They have not taken the contract of Hindutva,” he said.

Stating that preservation of religion does not mean robbing someone’s livelihood, he said, “VHP should not become ‘Vishwa Vinashak Parishad’ and Bajrang Dal should not create fear psychosis.”

Meanwhile, the opposition Congress party in the state has not confronted the ruling BJP on this issue.

Sources said the party is worried that “the ruling BJP would take advantage and brand it as anti-Hindus.”

Kumaraswamy has warned the State Government that he would take up ‘padayatra’ if things do not settle down in a span of one month.

Surprisingly, Congress Opposition leader Siddaramaiah, who took on the BJP and Hindutva forces on previous occasions, and State Party President D. K. Shivakumar, who is also known for confrontational approach, have been issuing diplomatic statements and not challenging the ruling BJP like they did with the issue of implementation of the Mekedatu project.