Bengaluru: Karnataka Chief Minister B.S. Yediyurappa, who belongs to a farming community, has decided to grow ‘Siddu’ variety of jackfruit in his native farm at Shikaripura in Shivamogga district, an official said on Monday.

“Yediyurappa expressed keen interest in growing the Siddu jackfruit at his farm in Shikaripura, as the unique variety safeguards biodiversity and provides security for livelihood,” a state horticulture official said in a statement here.

Shikaripura in Malnad region is about 350 km northwest of Bengaluru.

“Siddu jackfruit, which contains nutrients, is suitable for homesteads and commercial farming,” said Yediyurappa, while receiving its sapling from S.S. Paramesh, a farmer who grows the superior variety at his farm in Chelur village in Tumakur district.

The Indian Institute of Horticultural Research (IIHR) of the Indian Council of Agriculture Research (ICAR), New Delhi, has been conducting research on the varieties of jackfruit. It has identified the Siddu variety for growing in homesteads.

“The jackfruit variety with coppery red coloured flakes contains nutritional and medicinal values. It is considered best and unique compared to other varieties across the country,” said the official.

Paramesh, who earned Rs 22 lakh in two years by growing Siddu jackfruits, said that farmers could double their annual income by planting its saplings in their farms on a large-scale and preserve biodiversity.

“The IIHR-ICAR distributed about 1 lakh saplings of Siddu jackfruit to 31,000 farmers across the country, including in Karnataka, for growing them on a mass-scale,” added the official. 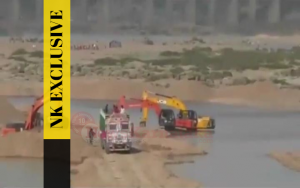