Kasargod: An employee of KSEB died as a result of an accident between two motorbikes on National Highway at Mogral of Kumble here on Friday September 24.

The duo were on the way to delivering duty when a bike from the opposite end hit them and they were flung away from them bike. Ratheesh succumbed to injuries on the way to hospital. Kumble Police has registered a case in this regard. 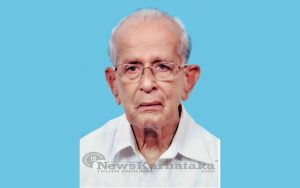