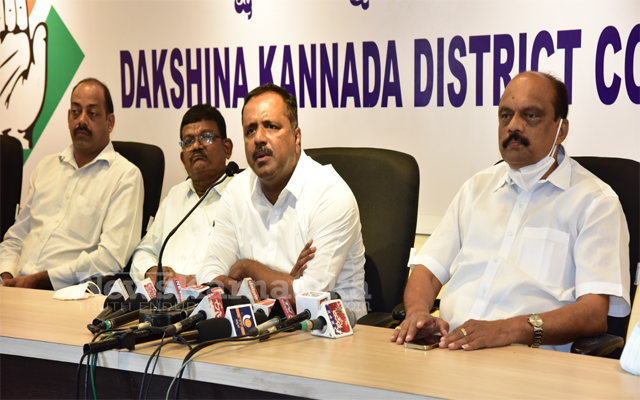 Mangaluru: MLA UT Khader alleged that there are no plans for people to lead a comfortable life in the state or the country.

He said that the Supreme Court has permitted those to travel to any state, who have already received both the doses of vaccine against Covid 19. But the Karnataka government is not letting the people of Kerala enter Karnataka.

“The district administration is not ready to discuss the issue with the elected representatives,” he alleged.

He further said, “The drivers and nurses are not available in 108 Ambulance. Even after Chief minister Basavaraj Bommai’s visit to the district and announcing the release of grants no plans are implemented yet. But no one is considering these issues on a serious note.”

Expressing anguish he said, “We have a ‘Not Reachable Government’ and district administration is ‘Out of Order’.”