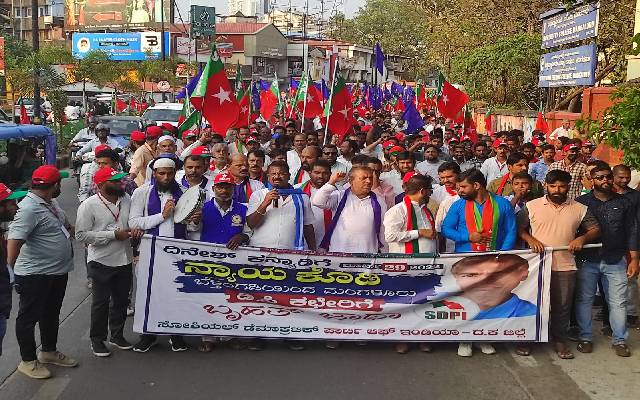 Photo Credit : R Bhat
Mangaluru: The Social Democratic Party of India (SDPI) activists have taken out a protest march from Belthangady town to Mangaluru in Dakshina Kannada District demanding justice for the family of Dinesh Kanyadi, a Dalit youth allegedly killed by a Sangh Parivar activist. 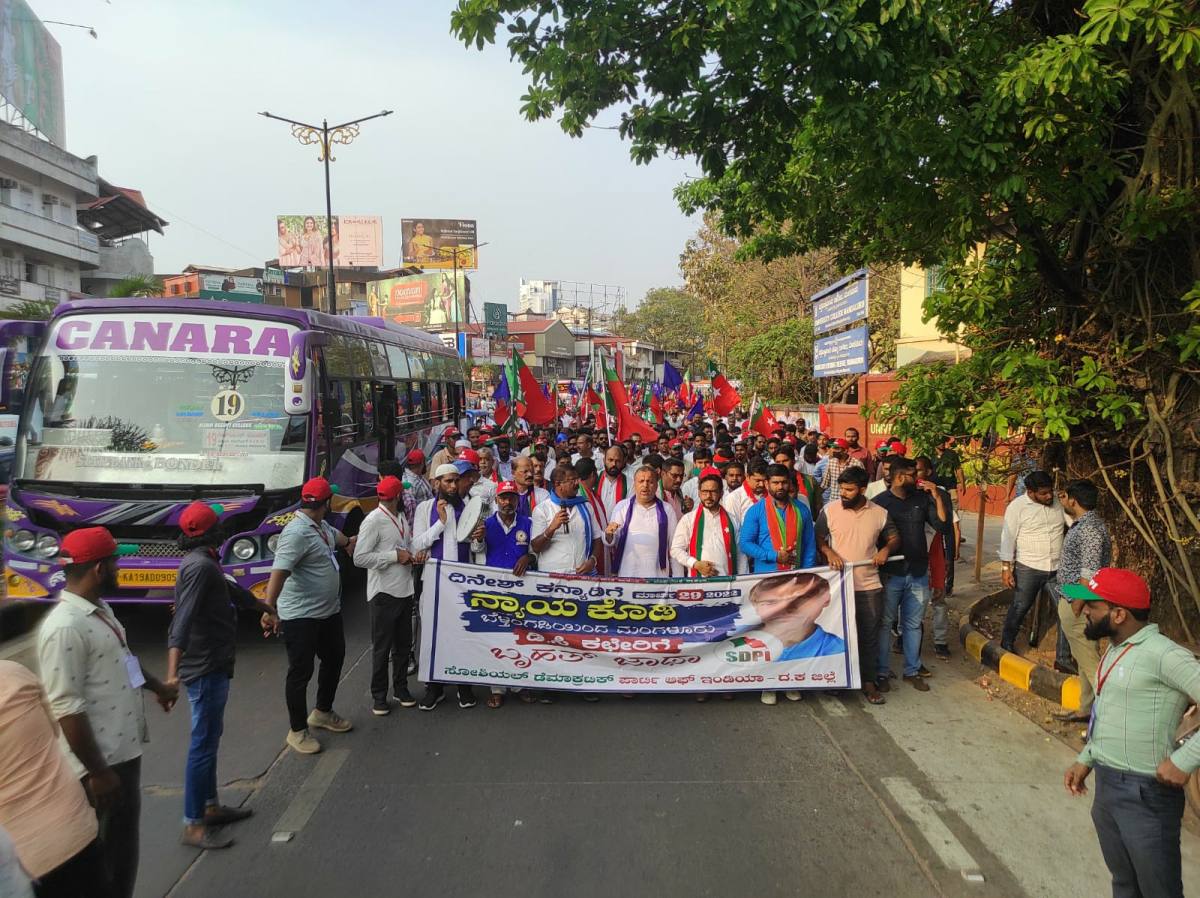 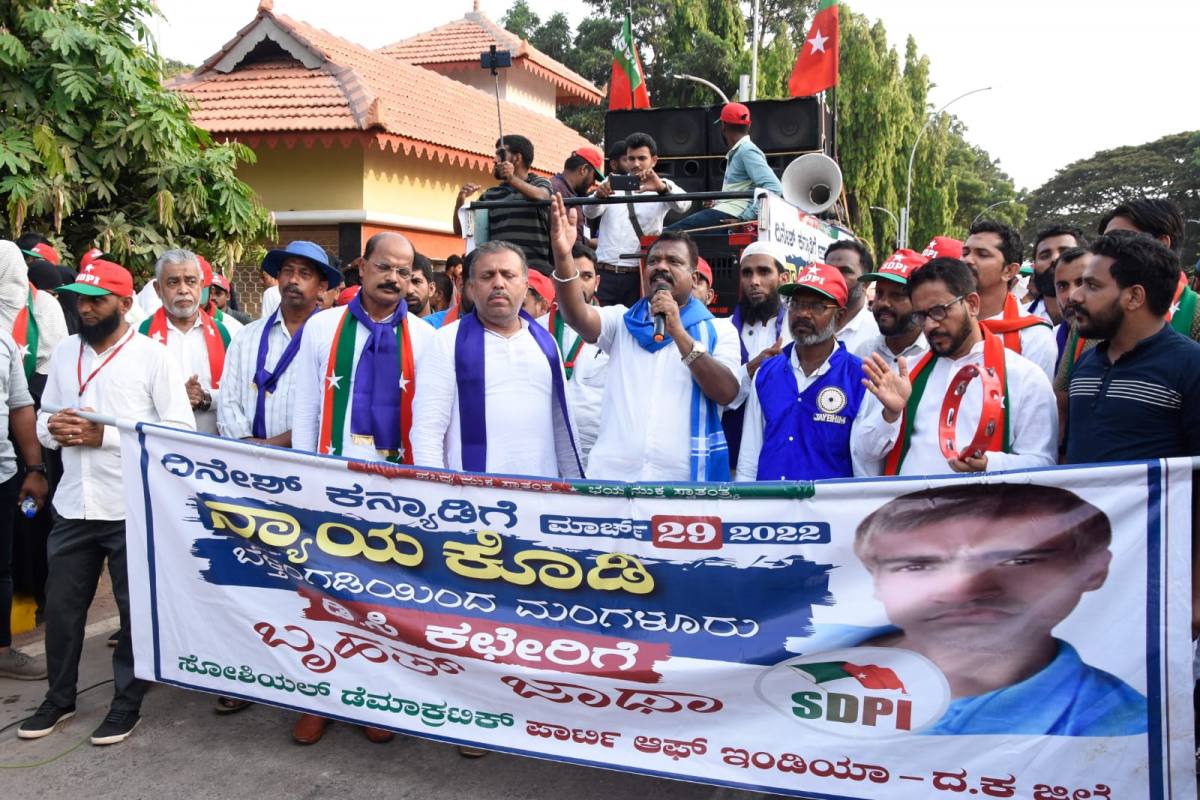 The protesters marched 60 km, condemning the “negligent attitude” of the ruling BJP government. They demanded Rs 50 lakh as compensation for Dinesh’s family, and a government job for one of his family members.
Afsar Kodlipet, state Secretary of SDPI, said on Tuesday 2 acres of land must be given to his family, and conspirators behind the death be investigated and booked.
Aboobakar Kulayi, the district president of SDPI, said: “The ruling BJP government will shower condolences and compensation after the murder of a Sangh Parivar activist… The accused persons are booked under UAPA Act,” he said, indirectly referring to Bajrang Dal activist Harsha murder case in Shivamogga. 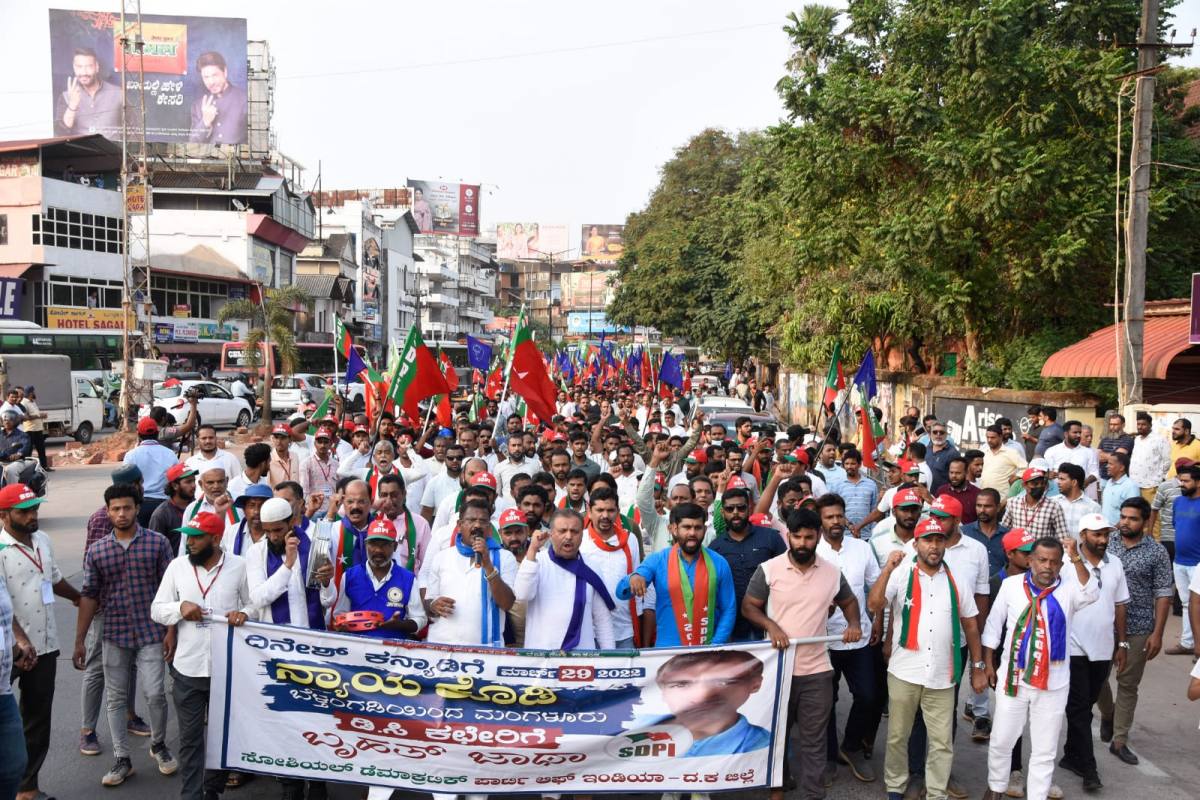 “But, if a Dalit is killed by a Sangh Parivar activist, no one from the government is bothered to visit his family, no compensation announced and not a word of solace is being offered to the family.”
“The State Government should come forward to offer succour to the family of Dinesh Kanyadi. However, since the accused is a Sangh Parivar activist, the case is not taken seriously and the government is turning a blind eye to it,” he said.
Dinesh Kanyadi, a Dalit youth was attacked for a trivial reason on February 23. He breathed his last on the same day in the hospital in Dharmasthala.
D. Krishna, a Sangh Parivar activist and BJP leader was arrested in connection with the case and released on bail later.
Share this: