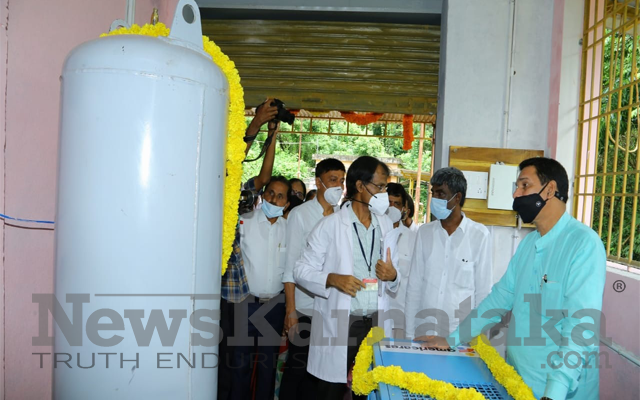 Speaking to reporters later, Poojary said that this plant will help in alleviating the medical oxygen shortage in the district.

“We will be setting up such units in various districts of the taluk in the coming days,” he said.