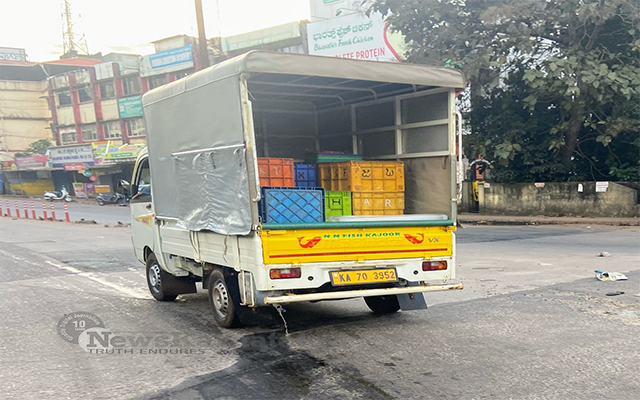 Mangaluru: The coastal region being the hub of marine fishing activity, hundreds of vehicles transporting fish ply along highways everyday. If it was just the vehicles passing by it was not an issue. However, these vehicles spill stinking fish wastewater along the way which is not only unpleasant but greasy water is also hazardous for vehicles as it makes roads slippery.

Since ages, travelling on NH 66, and then NH 17, was and has been a pathetic experience with the stench emanating all around. The greasy water spill has caused threat and continues to pose a threat to life of motorcyclists and bicycle riders. However, the authorities and people’s representatives’ apathy continues with no plausible solution as they don’t get to go through the ordeal.

The State Traffic Police pass the buck stating that their hands were full and such nuisance can’t be tackled solely by them. The Department representatives say that the other civic agencies should adress the issue.