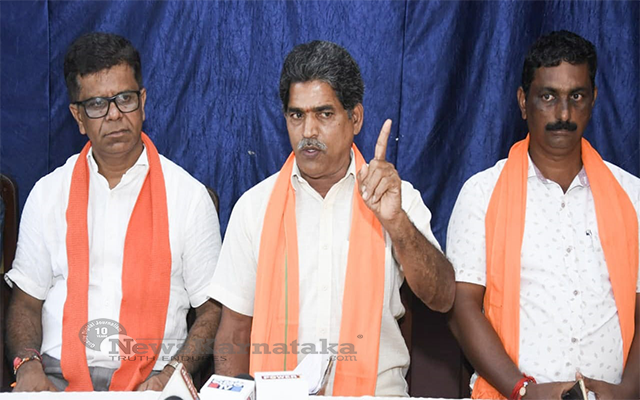 He was speaking to mediapersons here on Thursday November 25. He said that after DC’s complaint against him, the Sub-Inspector of Punjalakatte Police Station Saumya has instructed to remove Bhagavaddwaja at Karinjeshwara Temple. He dared the authorities to remove the Bhagavaddwaja, and stressed that he will install thousands of Bhagavaddwaja.

Adyanthaya said not to kick Hindu community stating that the community is not a football. The community is as strong as boulder, and whoever tries to kick us will only break their legs, he remarked.