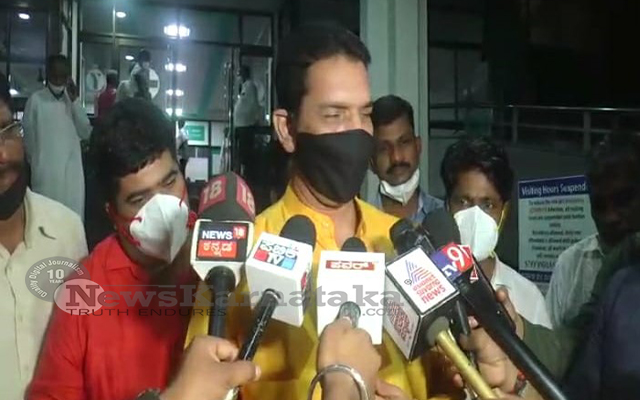 Mangaluru: I don’t have any information regarding replacing of Chief Minster B. S. Yediyurappa and therefore, I cannot throw light on what BSY meant when he said, ‘wait and watch’, said BJP State President  Nalin Kumar Kateel.

He was speaking to media persons on Sunday July 25 on the sidelines of his visit to check upon Former Union Minister Oscar Fernandes being treated at the Yenepoya Hospital. Kateel said that Yediyurappa has successfully completed two years in the office and that his performance has been more than satisfactory despite the State and the country facing pandemic situation. He is someone a junior party worker of the BJP can look up to, Kateel stressed.