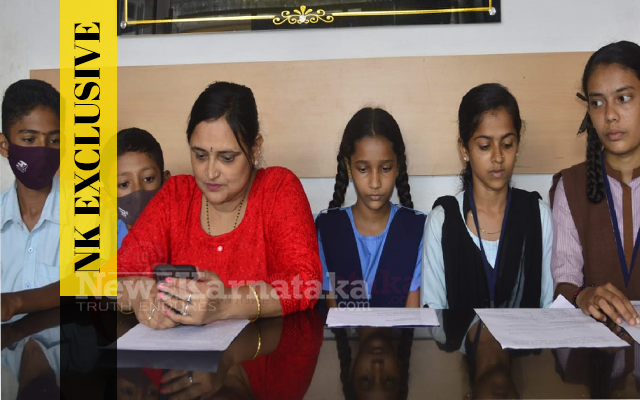 Mangaluru: In a first, students have organised a press meet here in Moodabidri to express their problems.

Speaking to NewsKarnataka Padmashree Bhat Niddodi shared that the Moodabidri-Shirtadi road further gets diverted near Mavinakatte (Kukkadakatte) and reaches Kutala, which is undeveloped. There are nearly 25 families using the same road to travel further. The 2.5km long muddy road is covered with weed and it’s impossible to travel during rains. Due to this, the road is isolated, and vehicles also rarely pass through this road. Many drunkards have created nuisance to the commuters on the road and also incidents of eve-teasing have been reported. Also, there is a threat of being attacked by wild animals. Thus it’s a hideous task especially for students and female travellers to walk on this road.

“The Students had requested the Gram Panchayat to repair the road but they did not get any positive response from them. The students, at last, contacted me using Facebook and the very next day I visited the place,” she informed.

“We organised a Press meet in Moodabidri Press Club to address this issue to the concerned authorities. The students have expressed their difficulties and urged the Government authorities to repair the road immediately.”

Students have requested the Gram Panchayat, local MLAs, elected representatives along with Chief Minister Basavaraj Bommai and Prime Minister Narendra Modi to solve their problem. They have also planned to tweet to PM Modi regarding this.

The students have warned the authorities to hold a protest if the problem will not be solved within the next 6 months, she informed.