Mangaluru: Three villages namely Ulepadi, Balkunje and Kollur near Kinnigoli in Dakshina Kannada District is all set to be acquired by the Government for setting up an industrial zone. On March 21, there was a report in the media that the land of these three villages would go for setting up an industrial zone yet neither the local MLA nor Gram Panchayat authorities are aware of the same. More so for a week now, door-to-door notices have been issued to the people of all the three villages. As a result, the residents of these villages are literally shocked to learn that they have to leave behind the house they were born in and the farmland they have cultivated for years.

About 1,091 acres of inhabited land and agricultural land will be buried under the industrial zone, it is said.

Dakshina Kannada District is a District rich in natural beauty but with entry of industries, thousands of acres of land have over the years lost their identity to industrial set-ups.

Though people here are determined that they will not leave behind their agricultural land, and the Gods and Goddesses abode, which are handed down to us abode from our ancestors, some people are giving statements like ‘we are ready to give the land’ and this was also discussed in the meeting held on Wednesday June 15.

People from the villages who are living away from their place of origin but own lands here as well are giving such statements. However, locals are not ready to leave the village or land for any reason, informs a local resident.

However, following the meeting and notices given at their homes, the people of the three villages on the banks of the Shambhavi river are afraid of losing their original base for setting up new industries.

The Mulky region is known as birthplace of Kantabare-Budabare, the revered twin warriors of Tulunadu. Also, the Koragas and other Dalit communities, the original inhabitants of Tulunadu, are also affected due to this move of the Government. The shrines, temples, mosques, and churches which people here have believed since ages are in danger of being destroyed due to the likely construction of industrial zones.

The Koraga community land, which has agricultural land in the coastal areas, and the shrines of 42 deities will disappear too affecting ethnic and cultural richness of this region.

Kerala youth dead after coconut tree falls on his head 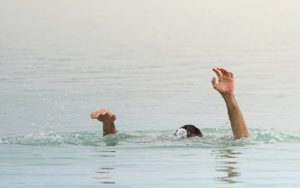