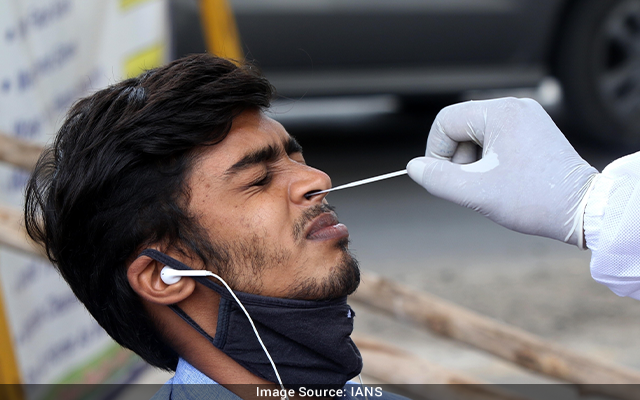 Mangaluru: Karnataka districts along the Kerala border are witnessing a steady increase in the number of Covid-19 cases, becoming a cause of concern among authorities in the state.

The development comes at a time when the state is also seeing hectic political activity.

The affected districts are Dakshina Kannada, Udupi and Kodagu.

Dakshina Kannada district, which had reported about 200 cases on an average since over a week ago, registered 396 fresh infections on Thursday.

The number of cases in Kodagu jumped to almost 100 after the district had reported an average of 50 cases per day until recently.

Udupi, which witnessed 100 cases on an average, reported nearly 200 infections on Thursday.

The situation in Mysuru district remained the same and there was no reported spurt in the number of new Covid cases.

It has been made compulsory for those traveling from Kerala to produce a certificate of an RT-PCR test issued within 72 hours or a certificate to confirm that they have taken the first dose of a Covid-19 vaccine.

However, the current situation is the result of the guidelines of the Karnataka government not being implemented at the border districts.

With the rise in covid cases, these districts are also facing vaccine shortage. It was reported that while Mangaluru was receiving an average of 80,000 doses of vaccine per week, it received only 40,000 doses in the past week and all doses were exhausted on Thursday July 29. Many people had to return back home without receiving the vaccine on Thursday. On a total, 8.9 lakh have received the first dose and 2.7 lakh have taken the second dose so far in DK district.

With inputs from Team NK