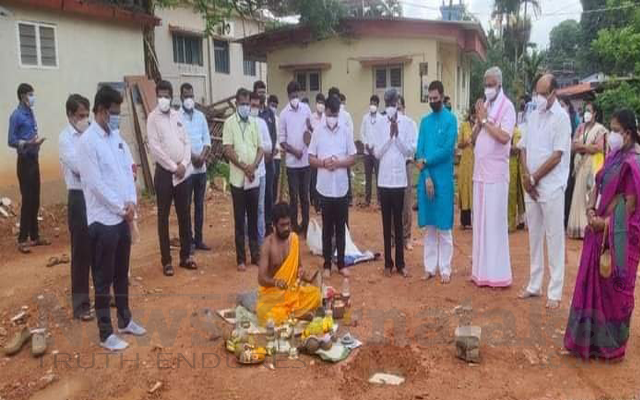 Belthangady: The public hospital of Belthangady has been sanctioned a special grant from the state government to build an oxygen unit.

The foundation stone laying ceremony of the oxygen unit was performed by Kota Srinivasa Poojary, Minister of Muzarahi and Backward Classes, and BJP state President Nalin Kumar Katil on Monday, May 24.

Addressing the gathering, Minister Kota Srinivasa Poojary said there are 31 oxygen units in the state. In Dakshina Kannada, we will establish units in 7 hospitals. The state government has directed to complete the work by June and it will be completed by the end of June. He said the state government is making arrangements to ensure that patients do not lack oxygen in any case.