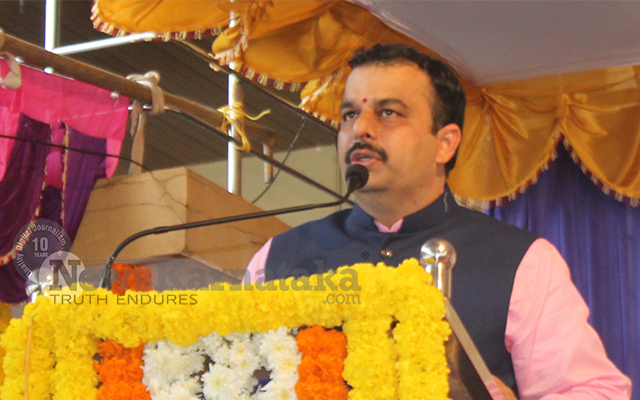 Udupi: Karnataka Minister for Energy, Kannada & Culture Sunil Kumar warned the opposition Congress on Friday against politicising the handling of the drug mafia in the state by the ruling BJP government.

Kumar was reacting to former minister Shivaraj Tangadagi’s statement that BJP ministers and legislators should be diagnosed to ascertain whether they consumed drugs or not.

Kumar urged everyone to join hands in creating a narcotics-free Karnataka.

“It’s not about people, whoever is the accused, the police will knock on their doors, irrespective of which party they belong to. They should face investigation. It is important for the future generation, we must act tough on drugs,” the minister said.

After the BJP assumed power in Karnataka, there has been a major crackdown on the drug mafia. Stringent measures are being initiated. Chief Minister Basavaraj Bommai, who was also the Home Minister under his predecessor B.S. Yediyurappa, had begun the process.

“It’s not about the involvement of my children or their children, these stringent measures are required for the good of the society,” he said.