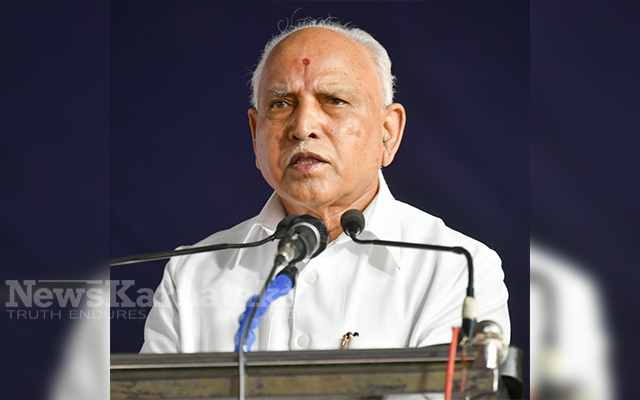 Kalaburgi: Karnataka chief minister B S Yediyurappa said that the agricultural sector being the priority of the state, new union minister of agriculture Shobha Karandlaje will be the voice of the farmers.

He was speaking to the reporters after the groundbreaking for the proposed Kanni market, here, at a cost of Rs 26 crore. He said, “Prime Minister Modi has decided to double the income of farmers and has started a Kisan excise train in the country for the purpose.”

Yediyurappa said that the state government has also come to the aid of flower growers and 69,000 farmers who incurred loss in their cultivation will be paid a compensation of Rs 10,000 each.

He said, “a market for the farmers is under construction for the first time in the state. I will bring the matter to the notice of the prime minister. Shobha Karandlaje is the leader of the people.” He also added that a large number of people used to gather to listen to her wherever she went. “Now that she is the union minister of agriculture, she will travel throughout the country and listen to the grievances of the farmers,” he said.