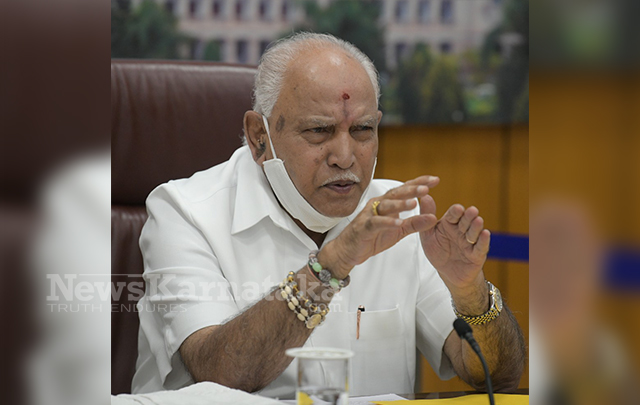 Kalaburagi: Karnataka Chief Minister B.S. Yediyurappa on Saturday said there is no plan as of now to carry out a Cabinet expansion or reshuffle at this juncture.

Yediyurappa’s statement assumes significance in the backdrop of Belagavi strongman and Gokak BJP MLA, Ramesh Jarkiholi, who had been seen lobbying hard to get into the Cabinet again.

Jarkiholi was forced to quit the ministry in May after his name cropped up in a sex CD case, which showed him in a compromising position with a woman. At present the woman has filed a rape case against him.

Besides this, pro-Yediyurappa camp had even subtly circulated that there is a possibility of a Cabinet rejig on the lines of the Union Cabinet reshuffle by dropping some ministers like Tourism Minister C.P. Yogeshwara, who had been constantly speaking about leadership in the state despite being a member of the Cabinet.

Yediyurappa said that no such discussion has taken place at the moment.

During BJP national General Secretary in-charge of Karnataka Arun Singh’s individual meeting with legislators last month, amid rumblings within the party on the leadership change issue, several of them had reportedly discussed about regional imbalance in the Cabinet and thereby had tried to make out a case for a reshuffle.

Yediyurappa had last expanded his cabinet in January, inducting seven new ministers and had also effected a reshuffle of the departments of some ministers.

There are now 33 ministers in the state Cabinet, and one berth is vacant.

After the Cabinet expansion in January and reshuffle of some portfolios had resulted in widespread resentment in the party and even party loyalist and senior leader Aravind Limbavali had openly expressed his displeasure that he had been given portfolios (Forest, Kannada and Culture), which do not deal with people directly on more than one occasion in the past.