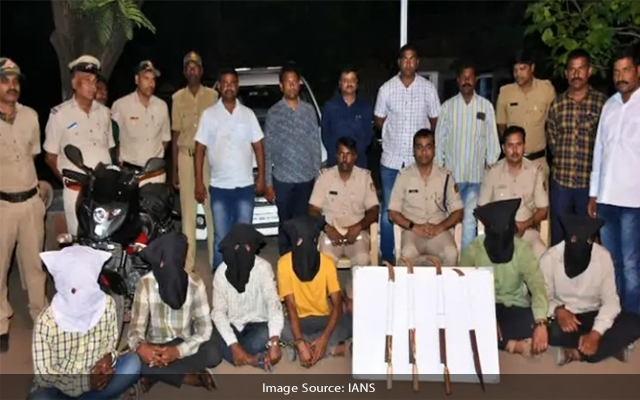 Kalaburgi: Six youths have been arrested in connection with the brutal, public murder of a police officer’s son on Diwali (November 4) in Karnataka’s Kalaburgi District, the police said on Monday November 8.

The accused had hacked to death Abhishek (25), son of Police Constable Chandrakanth, in full public view in filmy style after chasing him down near the Kalaburgi City bus stop.

The incident had taken place in broad daylight and in front of hundreds of people, and was also caught in the CCTV camera of the bus stop. Later, the video of the incident had gone viral, sending shocking waves among people.

The arrested are identified as Mortaja Mohammad Ali (26), Sagara Byramadagi (22), Akash Jadhav (22), Shubham Doddamani (22), Ashok Moolabharathi (21) and Kaushik Halemani ( 21). Arrested on Sunday, the accused have been sent to judicial custody.

Police said that Abhishek had allegedly attacked accused Byramadagi with a group last year and was killed in revenge, and investigations are on.