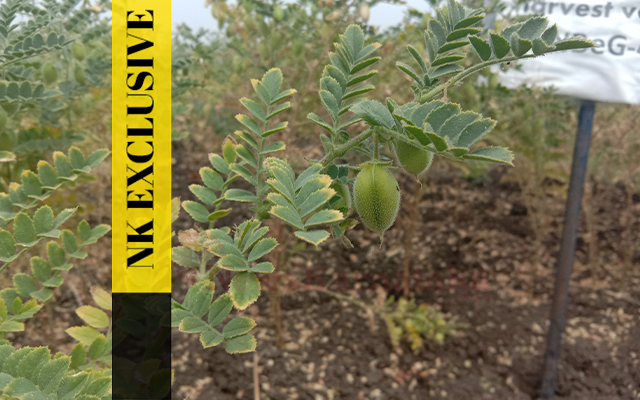 Vijayapura: With the minimum temperature dipping to 10.2 degree Celsius in the district, the expert believes that the present temperature is largely conducive for standing crops of the district, however, they said that any further dip in the temperature could adversely affect the crop yield.

“As of now, the district is recording a minimum temperature of around 10 degrees which is good for crops, mainly Bengal Gram which needs more moisture. The moisture and cold prevent pest attacks in the crop. But for other crops, further dip in temperature is not good,” said Dr. P. S. Pattar, the Agro Meteorologist of Agriculture Research Station here.

He said that since many people have cultivated Jawar for Rabi and Toor is at the harvesting stage, the decrease in the temperature, even by one per cent, could harm the crop.

“Even though 10 degrees is not good for Jawar, since the minimum temperature does not remain for too long, it has less impact on the crop.” he said.

He said that if the moisture level reaches high, then it could lead to pest attack in grape and wheat. While it could affect the growth of wheat plantations, it could cause pest attacks in grape plants.

Dr. Pattar claims that the weather forecast does not predict any further dip in the temperature and the present minimum temperature could continue for about a week.

He however advised the farmers raising cattle to provide warm shelter during winters as the cold is dangerous for animals. To protect the animals from the cold, they should be given warm shelter. The milk yielding reduces among milking cattle if they are exposed to cold climates, he said.