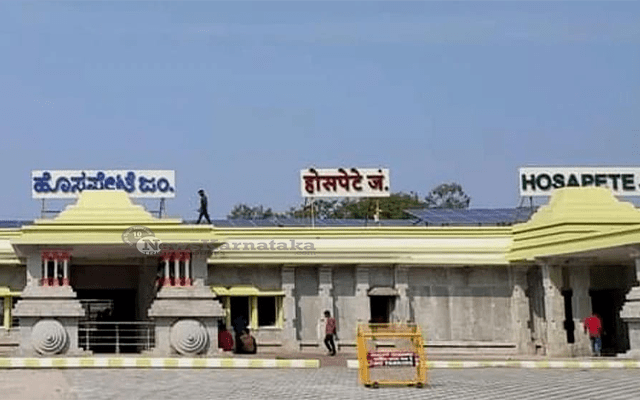 The major attraction of Hampi is its Stone Chariot at Virupaksha Temple. Now, the Railway and Tourism Department have jointly constructed a replica of this landmark in Railway Station at Hosapete.

This chariot like railway station is first of its kind in  the country that has been attracting visitors. The workers are giving final touch to the station now. The main entrance of the station and stone pillars reflect ancient  memorials of Hampi.

Hosapete is one of the major station and junction of Hubballi South West Railway Division. The major tourist attractions in Hampi is Vijaya Vittala Temple, Rock Chariot, Atal Bihari Vajpayee Zoological Park, and Dharoji Sloth Bear Sanctuary among others. Hosapete is just 13 kilometres away from Hampi. Most of the tourists from other states travel through trains, and bear witness to new look of the railway station.