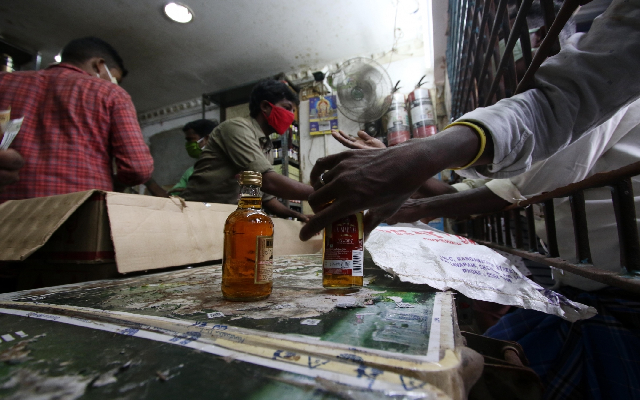 Chikkamagalur: The videos of a group of women barging into a liquor shop and smashing the furniture have gone viral in Karnataka. The women were opposing the opening of the liquor shop in their village.

The incident took place in the Muslapura village in Chikkamagalur district on Saturday November 13. The women had opposed the opening of the liquor shop in the village twice before.

The women first questioned the persons who were in-charge at the liquor shop and later, when they did not agree to close the liquor shop, they barged inside and smashed the tables and chairs and other infrastructure. The liquor bottles were shifted before the group barged inside, police said.

Meanwhile, the people are appreciating the courage of the women for taking on the powerful liquor lobby in the area. The police are looking into the case. Further investigation is on.