Hassan: A woman pillion rider succumbed to injuries when a car belonging to Mudigere MLA M. P. Kumaraswamy hit a bike in Belur of the district here.

The deceased has been identified as Huvamma (54), wife of Subbegowda of Biratemane Village of Belur. The accident occured when the woman was returning to Hanumanthanagar on a bike with her grandson, Preetham.

It has been said the accident was a result of driver’s negligence as the car was being driven speedily. As a result, Huvamma died on the spot and grandson Preetham has been seriously injured and is undergoing treatment in a hospital.

Belur police visited the spot and have seized the vehicle and arrested driver Praveen. It is said that MLA M. P. Kumaraswamy was not in the car at the time of the accident. 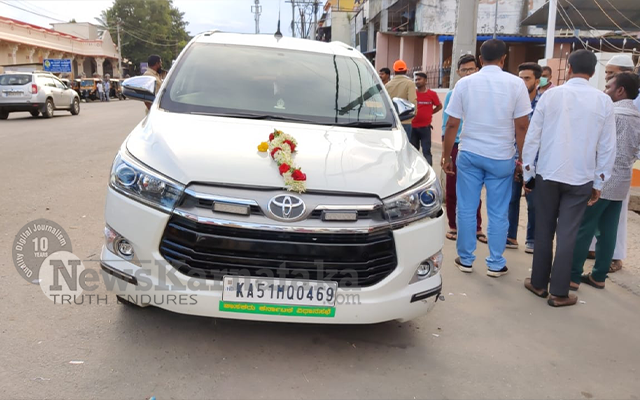