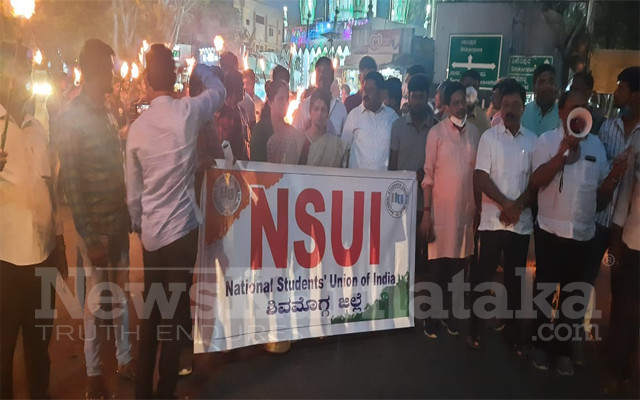 Shivamogga: The NSUI district unit staged a torchlight parade in the city, demanding the arrest of former minister Ramesh Jarkiholi.

The rally started from the city’s gopi circle and went up to the Mahavira circle. NSUI members expressed anguish that the sleaze CD incident is shameful and despite this, former minister Ramesh Jarakiholi has not been arrested.

At the event, Ramesh Jarkiholi’s effigy was mock-arrested. The members later burned the effigy.