He was speaking during the book release of ‘Unfettered genocide in Tamil Eelam’ and ‘Enlightened Rule of Nalwadi Krishnaraja Wadiyar’.

“The authors have clearly mentioned how, in the face of a series of exclusionary acts by the Sinhalese dominated parliament, Sri Lanka’s Tamil came to the inevitable conclusion that they could never achieve equity under a Sinhalese dominated government”, he added describing the book.

Describing  the book he said that the book deals with Mysuru History, which was considered as an important period of Mysuru.

Speaking on the Wodeyar rule,  he said, “usually citizens admire a rule after its over. But, people during Krishnaraja Wadiyar reign, realized and considered his tenure as a precious term.

Damascus: Syria denies responsibility of kidnapping US journo in 2012 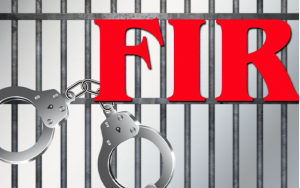