Mysuru: A day after a woman convict was released based on account of good conduct, she returned to Mysuru Central Jail and requested the jail authorities to allow her to stay.

Shabarina Taj hailing from Gajam in Shrirangapattana was sentened to a life term in connection with the murder case of her husband 14 years ago.  She has a daughter and two sons, who are married and settled.

It is said that when she was in jail, her mother used to visit her but later on stopped seeing her. Left alone, she was looked after by the jail authorities. Recently, she was relased on account of good conduct. When she returned to her husband’s home after release, she was not accepted by the in-laws.

Realising that she had nowhere to go, she has returned to the jail and asked the authorities to allow her to stay.

As the jail authorities cannot keep her in jail, they have sent her to Shakthi Dhama, a NGO rehabilitation & development center for destitute women.

Her children at thier young age were taken care off by her in-laws when she was imprisoned. Now her daughter is married and two sons have also settled in Shrirangapattana.

Her mother-in-law had told her children at their young age that thier mother had died.

Now she is hoping to unite with her family. 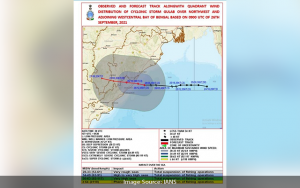