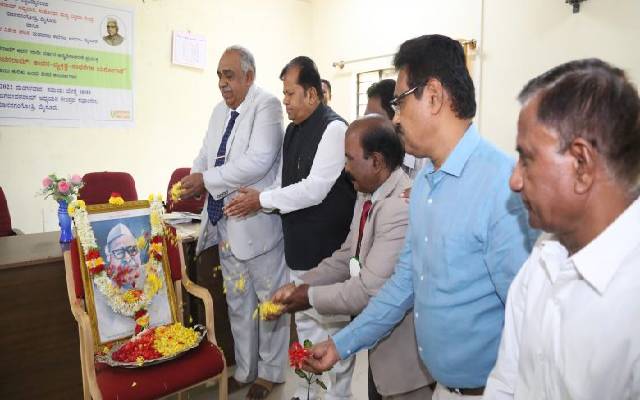 Speaking after inaugurating the event, the Karnataka State Safai Karmachari Commission Chairman M. Shivanna said, “It is a day to remember Jagjivan Ram’s contribution to our society. We need to work for the welfare of everyone. Some students want to do a PhD regarding safai karamacharis, and it is a welcome step.”

Shivanna said, “We are going on a study tour to Orissa and then submit a detailed report on karamacharis to the State Government. When I was offered the post of Chairman, I was a bit hesitant. Sutturu Seer Shivarathri Deshikendra Swamiji insisted that I should take up the assignment. We need to be responsible in our day-to-day work.”

Presiding over the event, the UoM Vice-Chancellor Dr. G Hemantha Kumar said, “Jagjivan Ram was a champion of the backward classes. He fought against untouchability when he was barely 20.”

The workshop on “Puttavitta Chinna Babu Jagjivan Ram: Jeevana-Vyaktitva Sadhanegala Yashogathe”  was held and the achievements of Dr. Jagijivan Ram over the years was discussed.