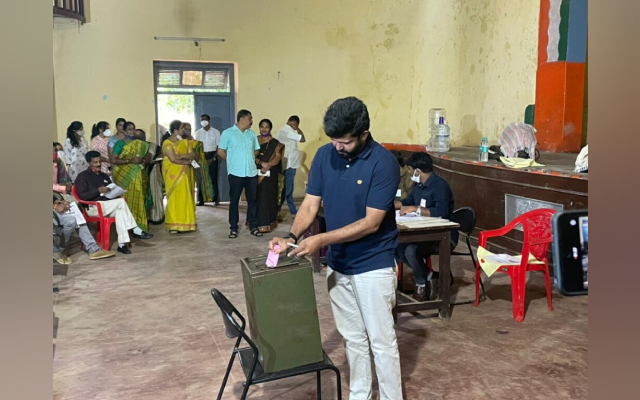 Speaking to mediapersons after casting vote, Simha lambasted sadists who celebrated death of Chief of Defence Staff of Indian Armed Forces General Bipin Rawat on social media through emojis. He termed them as enemies of the nation, who enjoy the death of the warriors. He said enemies outside of the country can be easily identified, while from within the country is difficult to identify and are far more dangerous.