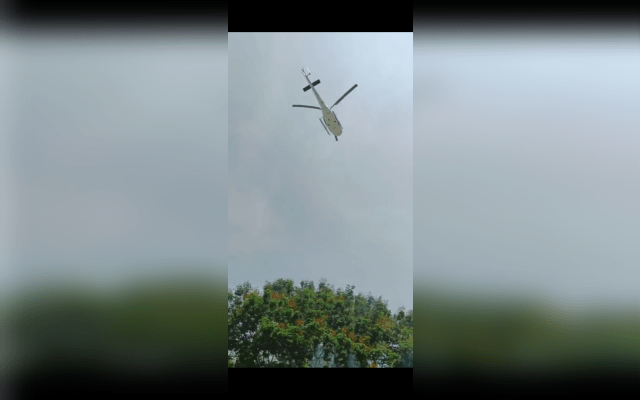 Mysuru: On the birth anniversary of late Kannada actor, and Power Star Puneeth Rajkumar, his fans in Jayalakshmipuram in the City celebrated the day in a special way here on Thursday March 17.

In the City as a tribute, flowers on his large cutout placed in front of the DRC Cinema, Habitat Mall was showered from the sky from a chopper. Puneeth’s fans Lakshmikanth, Eshwar and others had arranged for the
helicopter.

Puneeth’s last movie ‘James’ too has been released on Thursday across the country and the world. Fans are seeing their idol on the big screen and celebrating his birthday.