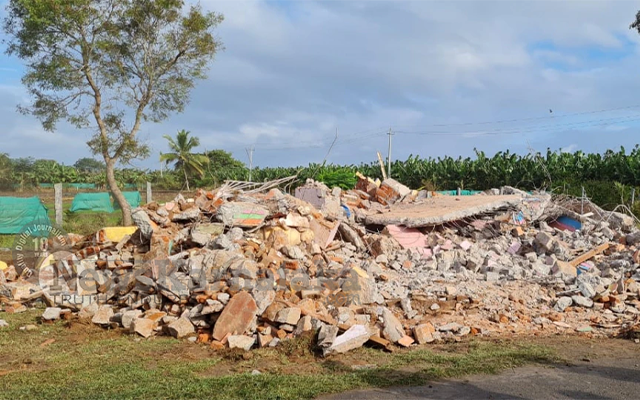 BJP National General Secetary MLA C. T. Ravi said that though politicians mostly look into development works in the society, we are not emotionless. The move to demolish the temple at Nanjanagudu has hurt our sentiments. Being a responsible political leader, I will not speak much about this but I have shared my opinion with Chief Minister Basavaraj Bommai and the concerned in this regard, he said.

Further, Krishnarajanagara MLA Sa. Ra. Mahesh from JD (S) observed that the move was very inappropriate as the temples are being built using public funds and uphold their religious beliefs. Echoing similar sentiments, MLA Shivalingegowda from JD (S) said that there are different ways to follow court orders and it is upto the discretion of district administration. More responsible move was expected from the DC as temples are not mere religious symbols but showcases our rich heritage and culture, he added.