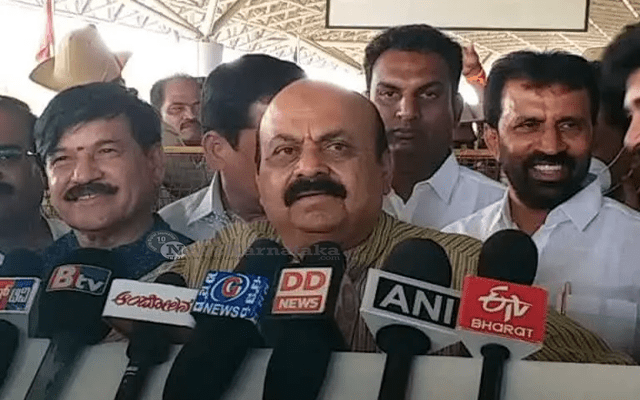 Mysuru: Chief Minister Basavaraj Bommai on Thursday April 7 said that he has instructed police to  probe into Al-Qaeda video clip in which its Chief has praised Mandya girl Muskan Khan.

Speaking to mediapersons here he said that action will be taken after he receives the probe report. He questioned as to why Former Chief Minister Siddaramaiah is confused over Al-Qaeda video? He said conspiracies are going on against the land and law. He said his New Delhi tour was a success and Union Government has responded positively for the demands of the State Government. He said the Cabinet expansion was also discussed with the High Command, which may be finalised at the next National Executive Committee Meeting.

Higher Education Minister Dr. C. N. Ashwath Narayan said that Former Chief Minister Siddaramaiah is firing in the air. He said that without any proof how Siddu can accuse RSS? He said as a responsible politician Siddu should have condemned the Al-Qaeda statement first but instead made an irresponsible allegation against a patriotic organisation. He said however his allegation has no value.

He said earlier Siddu was criticised by many quarters for comparing head cloth worn by pontiffs to Hijab. He said Siddaramaiah and JD (S) Leader H. D. Kumaraswamy are in competition to get minority votes hence issuing statements against law.