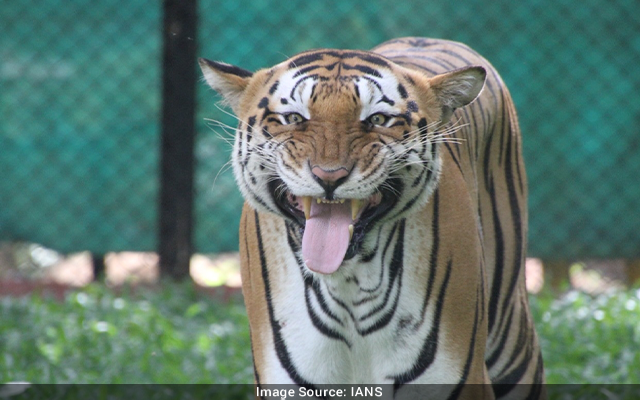 Mysuru: A tiger killed a tribal youth, who had gone to relieve himself, at the Nagarahole Tiger Reserve Forest in Karnataka’s Veeranahosalli, officials said on Thursday September 9.

Forest officials are keeping a vigil in the area as the site of the attack, which happened on Wednesday, is just 150 metres away from the Ayyankere tribal hamlet. A cage has also been placed there to trap the big cat.

The victim has been identified as Ganesh, 19.

Though there is a trench between the forest area and hamlet, the victim had crossed over, according to forest officers.

The tiger is said to have pounced on him near the lantana bushes and dragged him away 100 metres away before going away after mauling his head.

His worried parents and villagers have launched a search in the forest as he did not return home till the afternoon. The crowd soon found traces of blood and tracked the dead body. The forest officers rushed to the spot and confirmed the death due to a tiger attack.

The scared residents staged a protest against the Forest Department and demanded compensation.

MLA H.P. Manjunath later issued a cheque of Rs 2 lakh to the victim’s family and said the remaining Rs 5.5 lakh compensation will be released later.