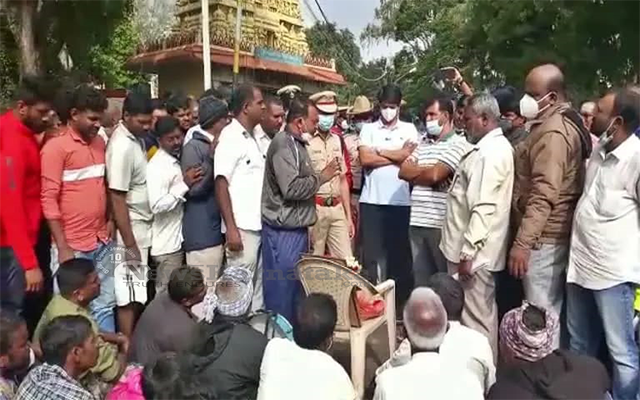 Mysuru: A fan tried to die by suicide after the police  removed the statue of Dr. B. R. Ambedkar at Mathrumandali Circle in the City on Saturday December 4.

It is said that few youth tried to install the statue at night but police foiled their bid. As the situation seemed to go out of control, senior police officials and Mysuru City Corporation officials rushed to the spot and are camping
there.

Satish, a resident of Hootagalli is the man who tried to take the extreme step. Former Mayor Purushotham and other senior leaders too arrived at the spot. There was an argument with the police over the removal of Dr. Ambedkar’s statue. There is also a demand for the
installation of Ambedkar’s statue at the circle.

The man who attempted suicide is out of danger, said the police.